The Mandalorian - Disney+ *Could Contain Spoilers* 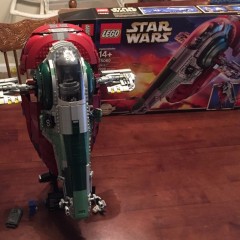 What Lego Did You Build Today? I built the Razor Crest.

Probably a long time, everyone is buying COBI now, haven't you heard?