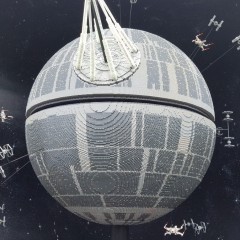 This quote is one of those things when you see it at the end of a thread you can't scroll up fast enough to get the context.

Titanic docked today! Will need to sell the 10210 to make room to display it.  If anyone is interested I am the original owner it was built once and has been on display for around 10 years in a s