You might not think it's a day 1 purchase yet, but TLG knows how to hook you now: LIMITED EDITION, COLLECTIBLE LEGO TECHNIC DRIVER LICENSE VIP CARD Get your new LEGO Technic Bugatti Chiron o

Does the crease in the outer box affect the build? 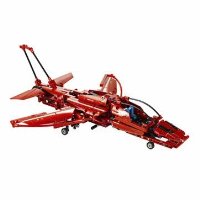 "I didn't like her until I saw her from behind". ?