Complete. Tried to make tinkerbell fly with the webs from the spiderman bridge set but was a fail at 2am Reverse 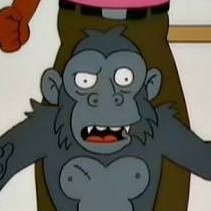