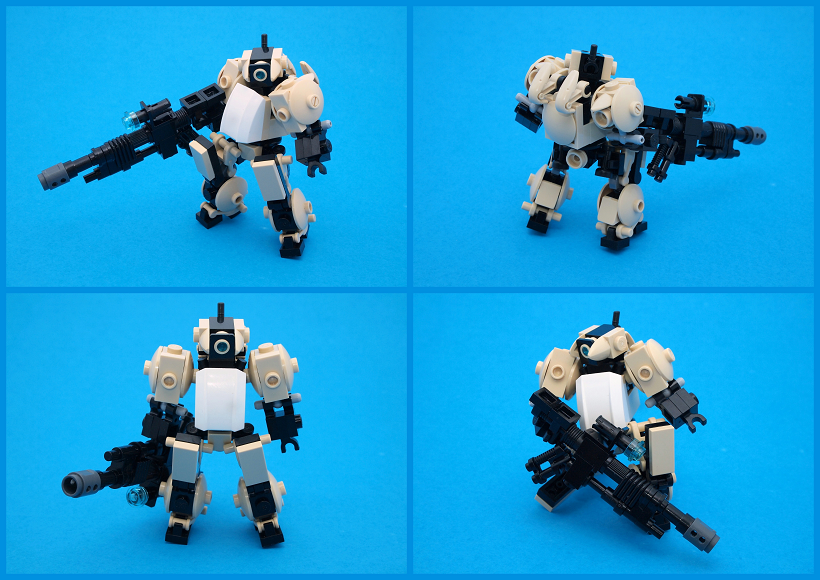 After an unfortunate run in with some shady types on Fenris VI, the Mistarille Dawn's Ninth Ray lost one of its new XM9 "Gernsback" frames in a firefight outside the city of Tasinn with a mercenary hunting party.

It seems the leader of this renegade group, "Single-Shot-Asada", has refitted it for use on the wastelands as her personal trophy.

Wielding her well known and feared throughout the sector sniper rifle, the "PGM Ultima Ratio Hecate II", Asada's new Gernsback will prove a hard frame for the Mistarille Dawn to retrieve.

LFOW's Note: Playing with color schemes, and my new KRE-O bits. They make some lovely little fiddly parts, and I tried to work them into a neat looking sniper rifle here.