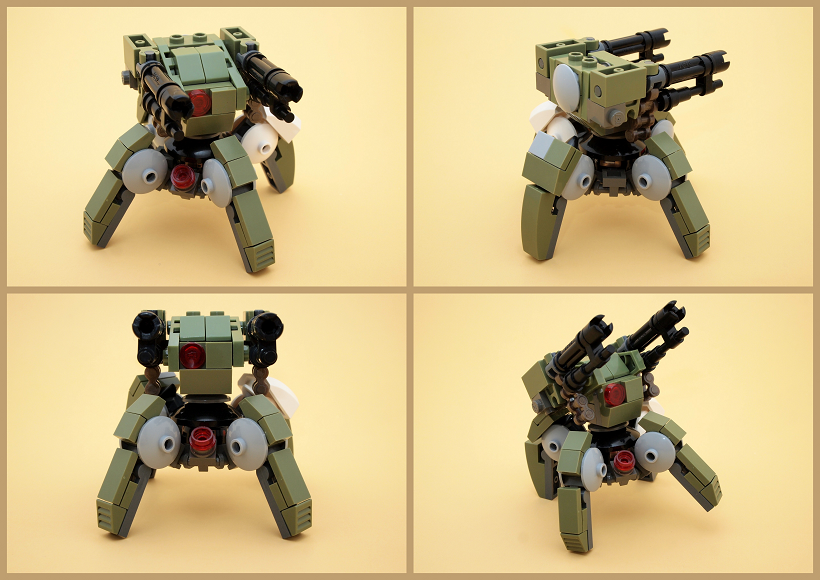 Fighting against the Ijad taught the Solar Union one important lesson: desperation and determination can quickly lead to innovation.

The design of the ST-02 "Scrambler" set the precedent for what would become dozens of quadruped frame variants, all of which the Ijad have succeeded with.

The ST-23 represents the Solar Union's reverse engineering of the Ijad quadruped design, favoring more traditional weaponry to the SU such as the burst cannons shown here.

The Castor otherwise functions exactly like its Ijad predecessor, able to quickly skitter around and up difficult terrain to gain the advantage.

LFOW's Note: You're looking at a frame comprised of exactly 50 LEGO pieces and 50 KRE-O pieces. No I did not plan that out, but that's how it fell. KRE-O's pieces have impressed me more than any other LEGO competitor in terms of quality, color, and compatibility. Honestly I think the main problem with KRE-O is the fact they use bad CGI renditions of their models for their box art, instead of showing off the product in the flesh. This almost makes them look cheaper than they actually end up being. This frame here is made up from parts from the KRE-O Battleship line Helicopter Attack set. Its version of Olive green is a bit darker and richer than LEGO's offering. I'll definitely be picking up more of these if I can still find them.