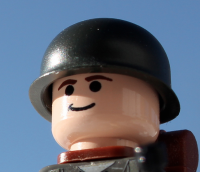 Hi guys. I was browsing Walmart Canada today and was pleasantly surprised to discover that they have published many images of the new city sets. I`ve done a search on here, and didn`t really find any

Here's the 60060 Auto Transporter:   It looks like it has a new design.  It's not just one of those same old trucks that we usually see in the City theme.  What are your thoughts on this set? &#13