Lego jacking up prices this year

By brickvoyeur
June 2 in General Collecting and Investing Forum

LEGO has done an excellent job of marketing and producing quality sets over the past 2-3 years, better than I ever would have though 10 years ago.  I truly believe (and know) some LEGO reps used to re

Very selfish move if you ask me. Crowing about year after year of increasing profits, have only just had one price jump start of the year. Lego market themselves as a family and customer friendly focu 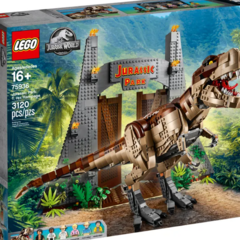 IMO its absolutely inexcusable to raise prices 25% in a looming recession given the insane profits they had last year. If they were losing money i could understand but when your making hand over fist