By TheOrcKing
November 9, 2012 in Castle Sets

hmmmmmmmmmmm lets see   1. Heraldry Most notable change comparing to Kingdoms:     Now lets see and remind ourselves on the amazing Dragon knights from Kingdoms line:     Do you see how awes 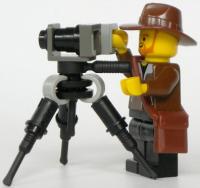 True dat. But the chess set more than make up for that!