I know you are new to Florida, but that is inappropriate behavior no matter which state you're in ....

They literally made the AT-ST based on the dinky alternate AT-ST that appeared in the background during the Battle of Hoth   75153 will retain its value based on looks alone, as it rep 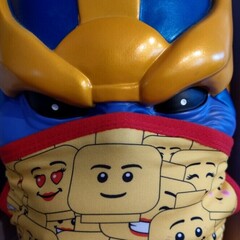 Well she made it home. Just need to get another power source and she is good to go.