By cardensb
December 15, 2020 in Site Information and Updates

I have no dog in the Brickfolio fight (I never used it and don't care if it ever returns), but doesn't it seem like the next step should be you asking people if they would like this new idea that you

The honest truth is that the brickfolio is not my top priority at the moment.  I have been working on a completely different LEGO product that in my opinion will have much more value to all of you tha 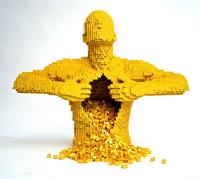 To be fair to people saying goodbye - the forum is nice and all, but it was the Brickfolio that made Brickpicker the go-to site for LEGO investing.  Lots of tangible data rather than just another foru