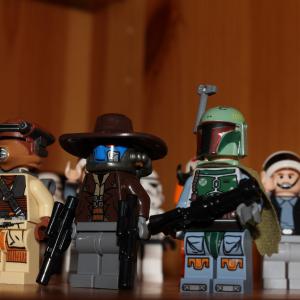 My take on Ship in a Bottle

Posted a couple months back, this was my first real MOC I put together and ordered from scratch. Total cost came to around $500 CAD. But it's one of a kind and I'm very happy with that! Borrowed a fri

I've posted a few sneak preview pics of these before, but they may finally be done after several months of Bricklinking, MOD'ing, and tweaking.  The Cylon Raider is pretty much a UCS size set a