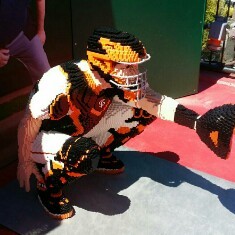 Hi guys, pretty new to Brickpickers and this is my first post. I recently finished building all my modulars (TH, PS, PC, DO, BB, PR, GE, and Fb) and I just finished BrickLinking Cafe Corner. I must

Seen the picture of it. It's going to be more popular than the Downtown Diner in my estimate! Three story corner building with a gas-station in the centre and a garage / car-working place on the

Vote at: https://ideas.lego.com/projects/127875 I need a hand. Maybe you've seen it or not, but my Magic Shop is nearing 6K votes on Lego Ideas. But I need it to go back to popular for a chance o