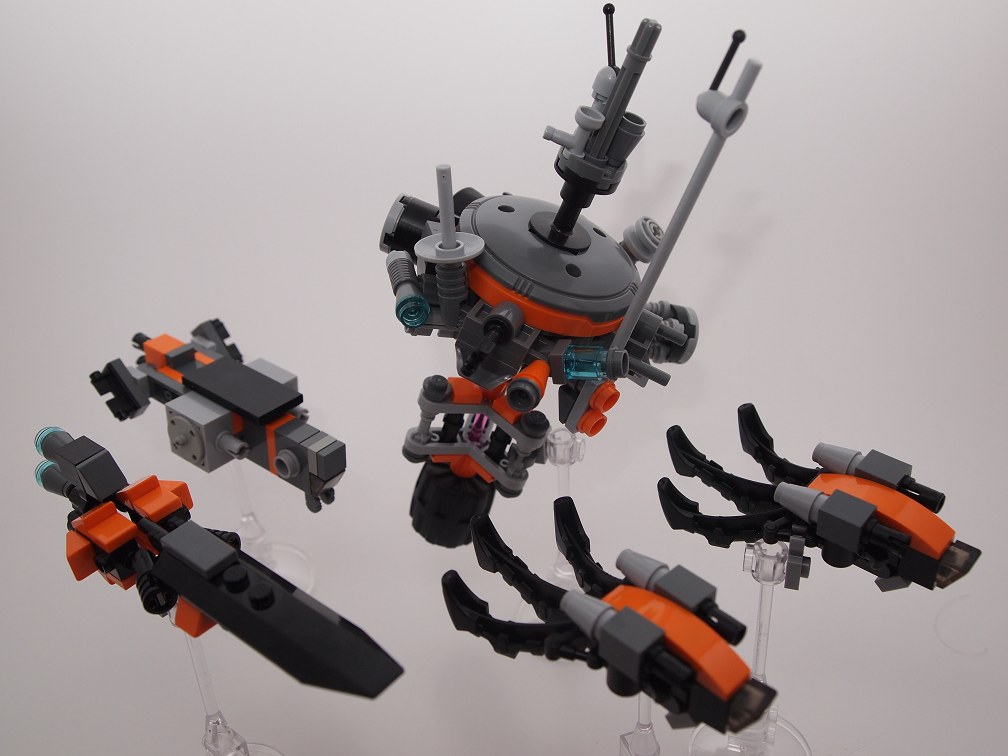 "Memory of Indoril" - Battle fleet of the Sixth House

My first ever attempt at making microscale (actually these are even smaller.....nanoscale?) spacecraft.

I was thinking Homeworld when making these guys, hence why I started with a huge mothership, and thus a very small scale. I may put up details of the mothership later if people are interested. It's got too much going on 360 degress around it to show all the detail in one shot. Also, go go shameless Morrowind rip-offs!