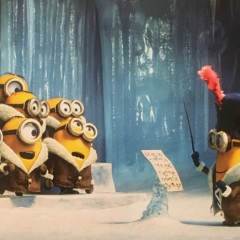 So before Christmas someone sent me a link to a Facebook ad for Harry Potter LEGO on sale. I followed the link and it looked legit, so I took a chance against my better judgement and ordered what I thought was going to be 75954: Hogwarts Great Hall, and 71043: Hogwarts Castle. After not receiving my order (or getting any communication from the vendor) for over a month, I filed a claim with my bank. In the time it took them to process the claim I received the order... shipped directly from China. We all know what that means: bogus bricks... So, I tried to contact the seller, but the website was gone and the phone number disconnected. I fell for their scam (hence the "stupid tax" payment). Since the items were received (even though I proved that they were counterfeit) and the seller can't be contacted, the bank has denied the claim. I've been advised to go to the Better Business Bureau to file a claim with them, but I'm pretty sure that won't do any good.

I think at this point the only way I have to recover any of my money is to try to sell the bogus bricks locally. I will be up-front about what I'm selling as I have no interest in hoodwinking anyone. My question to all of you is this: Would it be better to leave the bricks sealed as they came, take pictures of the sealed product (and laughably awful manuals), and try to sell them that way? Or would it be better to actually build the things to make sure that all of the pieces are there, and then take pictures of the completed "models" and manuals to post? I'm not looking to make any profit, but I would like to try to recover at least some of my money. Any thoughts from the community would be appreciated. Thanks.

29 answers to this question