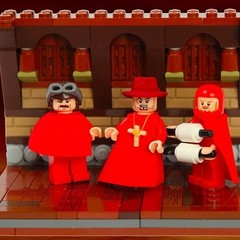 I loaded some ? EU amazon prices are not as US ones are, maybe for xmas they will be I'll be waitin'

The main theory this one did well is that, on the supply side, it was not widely distributed or hoarded and for demand, it was the centrepiece model to house all the baby dragon eggs. The dragon sets