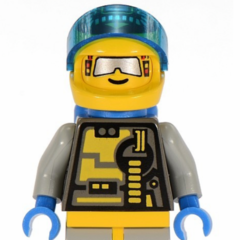 By BricksBrotha,
April 30 in Odds & Ends