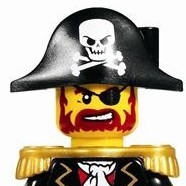 By Legojona , May 15 in General Collecting and Investing Forum